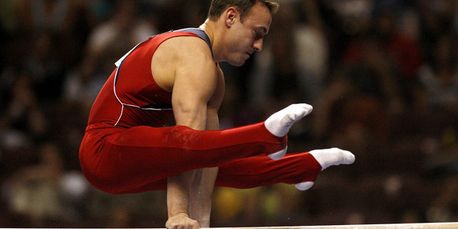 Sean Townsend is an American artistic gymnast. He was part of the US Men’s gymnastics team at the 2000 Summer Olympics in Sydney, Australia and the 1999 World Artistic Gymnastics Championships team. He was part of the 2001 World Artistic Gymnastics Championships team where he became world champion on Parallel Bars and helped his team win a silver medal in the Team finals. He also qualified to the Men’s Individual All Around final where he placed 8th.